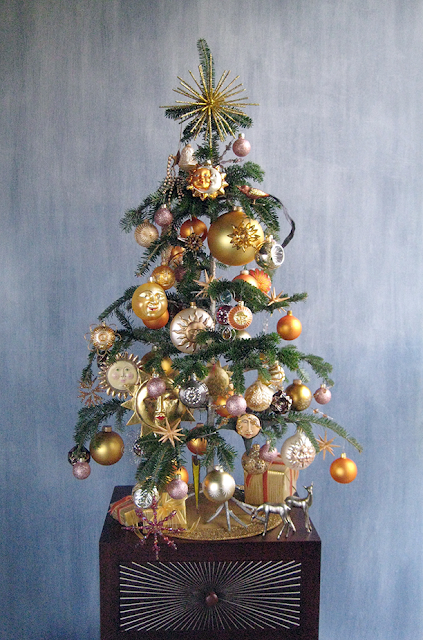 —the Beatles
WINTER  SOLSTICE this year will be marked by a number of simultaneous celestial events. There will be a lot to see in the sky on December 20-21, which will be replete with a full moon, a total lunar eclipse, and the Ursid meteor shower. So it's definitely a time to wish upon a star—I'll start with the brightest and best—the unblinking sun at the center of our solar system.

NOT  SINCE  1638 (372 years ago) have Winter Solstice and a lunar eclipse coincided. The Solstice lunar eclipse will be visible starting in the early-morning hours of December 21st here in the Eastern United States (actually visible late tonight for the Western United States). So, you'll have to be a night owl or an early bird to view it. Visible from four continents, the best views are from North and Central America. It also may be seen in totality from northern and western Europe, some of northeast Asia, Hawaii, and New Zealand.

FROM  BEGINNING  to end, the eclipse will last about three-and-a-half hours. The sight can be spectacular, because refraction of the sun's light by the Earth's atmosphere will color the moon's surface unpredictably (depending on how much dust or the number of clouds in the sky). During past eclipses (see the video of a 2008 eclipse below) the moon has appeared a deep bronze, blood red or even a dark yellow.
WHAT  DO  THESE  celestial events mean in conjunction with Solstice? According to my astrologer friend Cathy Burroughs, this year's Solstice lunar eclipse has the capacity to be "profoundly transformative."  She recommends a reading to help guide you during this time of astrological upheaval and new direction. It certainly can't be a bad idea to get in touch with effects of the more cosmic aspects of the universe by which we are all connected to nature—even if only to view things more philosophically.

ACCORDING  TO  information Cathy sent me, the Solstice lunar eclipse this year occurs at 29°21' degrees of Gemini with the Sun in Sagittarius, just five degrees from the Galactic Center which speaks of the global impact of its astrological significance on all of us. It is also interesting that aside from being the shortest day and longest night of the year, the sun's daily maximum daily position in the sky is the lowest. And as the days start lengthening and the nights get shorter, interpretation varies from culture to culture, but most hold a recognition of rebirth. 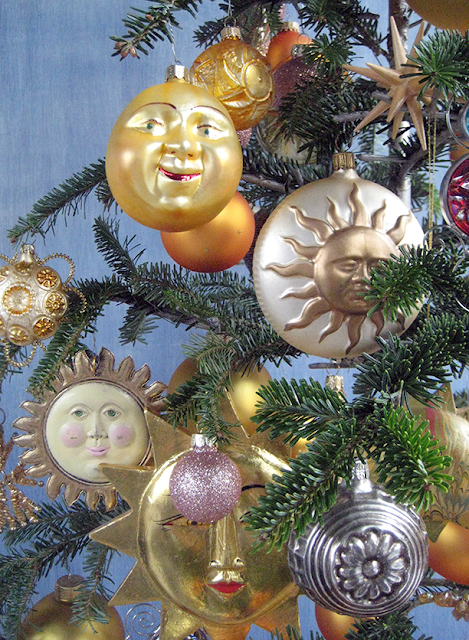 CELEBRATING  such a special Winter Solstice called for decorating my tree with sun ornaments I've collected over the years. Most of these are from the late-eighties and early nineties when all things celestial were all-the-rage in the market. Just as I dug through my past to collect all of these ornaments together again, I'm thinking from what I read and hear that a lot of old stuff will be dredged up by such a strong set of celestial events. After all, the tradition of the decorated tree began in the Old World as a pagan ritual to conjure up the return of the spring sun when the cold and seemingly lifeless winter months began each year. The warmth of spring always followed though, thanks to the sun.

IT  CAN'T  hurt to pay attention to our more humanistic connections with the cosmos and the natural world. The Earth, Moon and Sun influence everything from the birth of babies (more are born during the full moon), to when we plant and nurture our crops, aside from how long our days are throughout the seasons. The transformation marked by this year's coinciding cosmic events signify all that the holiday season is about. From the birth of Jesus as "the reason for the season," for a large part of the world's population, to simply believing in the the promise of the returning light of the sun. We're all connected to nature and the cosmos in the most profound way.

LET THE SUNSHINE IN | (Top) In the cold and sometimes dreary winter months, it certainly helps to think of the sun's warming rays and significance in our Earthly lives, as I have done with this collection of sunny ornaments. I wired fresh balsam fir evergreen branches to conceal a heavy wire tree form and shaped this custom tree that will hold a good number of heavier decorations.

FACING THE SUN | (Above) My widely-varied collection of sun ornaments were the inspiration for this golden tree full of sunny faces. 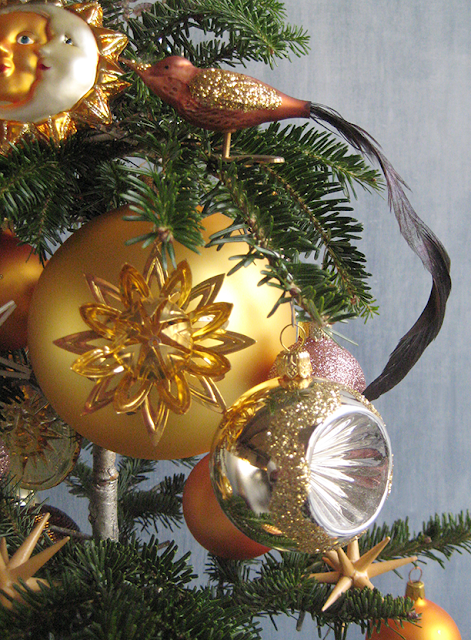 ALL  AGLOW | (Above) A symbolic harbinger of spring is represented by this clip-on bird with a long feather tail. It perches on a branch among a varied collection of ornaments that are direct or indirect reminders of the warmth of the sun. 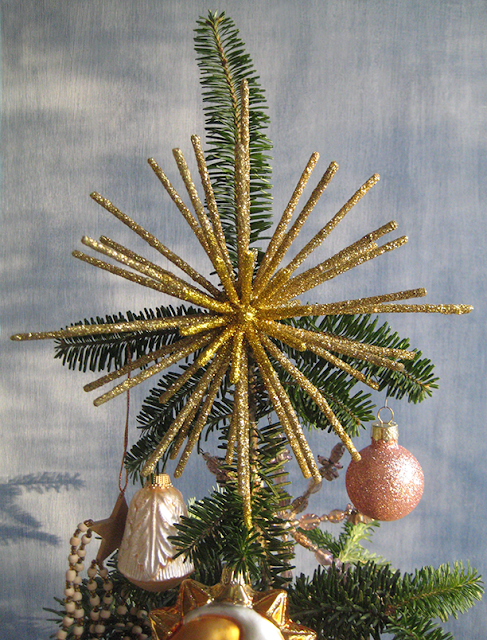 RAY OF LIGHT | This glittery ornament serves as a spectacular tree topper and evokes the brightest star in our sky—the sun. It could also represent the night star that led the wisemen to Bethlehem. 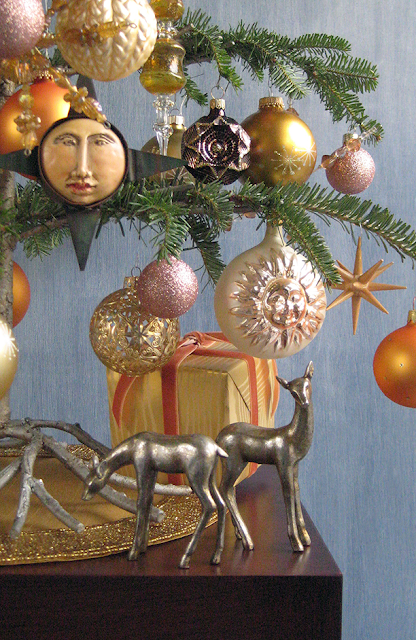 DOE, A DEER | Alert at the base of the tree among the presents, are two deer purchased this season from Nandina Home & Design in Atlanta. Ornaments included from my collection shown in this photo range from hand made (like one of my favorites—the sculpted sun face surrounded by four metal rays) to a hand blown glass finial and traditional stamped metal, wood and mercury glass ornaments.

TOTAL LUNAR ECLIPSE | (Added December 21, below) A brilliant time lapse of the December 21, 2010 total lunar eclipse illustrates its dramatic presence. I saw it progress until the clouds covered it just before the total eclipse (only a sliver of the moon was lit), so I didn't see the red/orange moon, but there were pinkish clouds in the sky from the refracted light of the sun. This morning's eclipse was brilliantly photographed by William Castleman in Gainesville, Florida. [©2010 by William L. Castleman, 1:10 AM EST (6:10 GMT) to 5:03 AM EST (10:03 GMT). Music is Claude Debussy Noctures: Sirènes]. Double-click on the image below to view widescreen or full screen on the Youtube website.