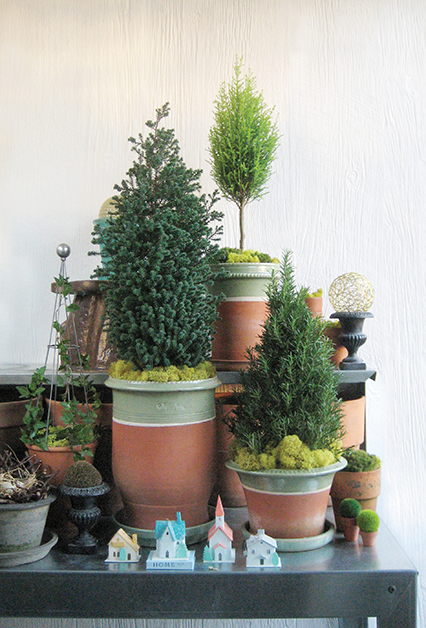 READYING SMALL EVERGREENS and topiary in summer for use in autumn and winter, will bring summer’s green inside for the end-of-year season. Evergreens inside the home have long been a living element in end-of-year decorations—symbolizing spring’s new life.

THE ROMANS are most often credited for the origin of topiary. The first written descriptions of the topiary came from Roman writers Pliny the Elder and his nephew, Pliny the Younger, who made references to topiary in their writings. Topiary flourished by the end of the first century among wealthy Romans. EGYPTIANS AND JEWS may have actually introduced the art of topiary to the Romans. There are paintings that survive that depict Egyptian gardens with topiary forms, and Jews were among the slaves in charge of maintaining the gardens of Rome. During the Dark Ages, after the Roman Empire had ended, cloistered-away monks kept the art of topiary alive—a perfect pastime for monastery life. During the Renaissance—synonymous with a grand revival of the arts—topiary came back in favor.

IVY TOPIARY  | (above) Ivy has long been a symbol of love and fidelity and grows into a beautiful holiday topiary when trained on a conical wire form.

THE FRENCH are credited for topiary reaching its epoch in the late 17th century. Andre Le Notre’s landscaping for King Louis XIV at Versailles as the chief royal gardener, made the topiary popular once again. 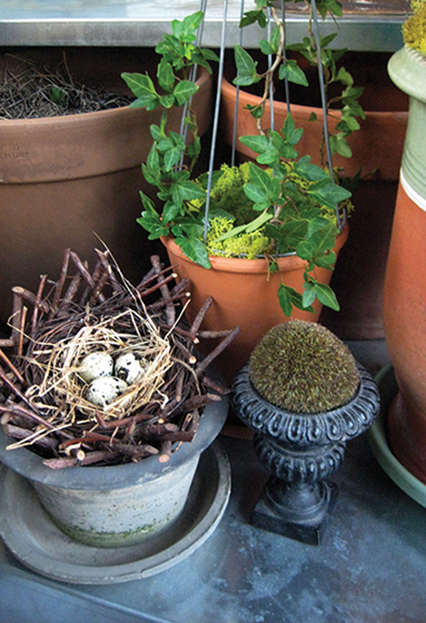 THE TOPIARY is one of the most ancient of garden crafts. Pagan tradition holds the belief that winter evergreens are a promise for another spring—symbolizing life’s continuity. Evergreen decorations became ritualized at temples and even inside the home in winter celebrations, representing the promise of new life. 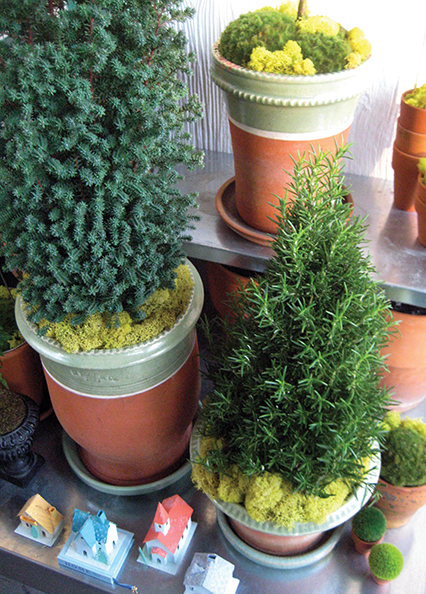 TOP TOPIARY | (all photos above, left to right) An ivy topiary gets its start on a small wire form. Other good evergreen choices in this photo (from left to right) Red Star White Cedar, which maintains its juvenile foliage through adulthood; Lemon Cypress, trimmed with a long stem; and a Hardy Rosemary plant trimmed into a conical form. The terra cotta pots topped with a sage green glaze are by Guy Wolff Pottery. 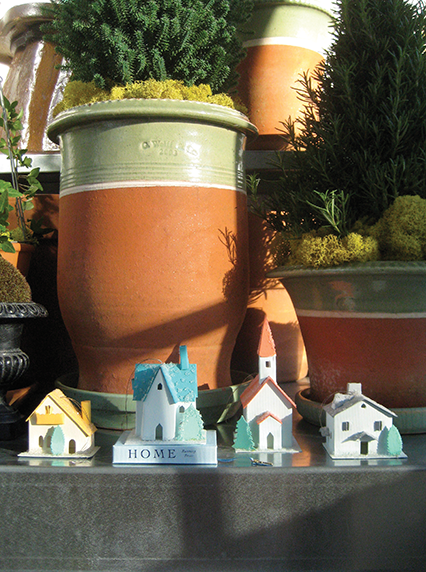 RIGHT AT HOME | (above) Dwarfed by the topiary pots, diminutive cardboard ornaments form a small community. Bringing live evergreens inside the home has a symbolically rich history.