woodland lessons one: a tale in two parts

Most wild oak trees are planted by jays or squirrels, which relish the acorns but bury a lot for future use and then forget to retrieve some of them. —from the book Lives of the Trees: An Uncommon History by Diana Wells. 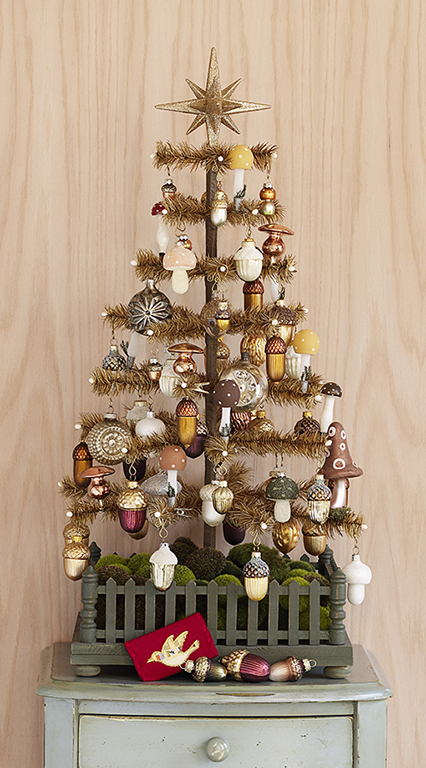 IT  DOES  SEEM  I've buried more than my share of metaphorical acorns during my life. Just like the jays and squirrels, when I encounter an abundance, I instinctively want to save the stuff I relish for the future. As an outcome, a seedling could be born, which would grow into a mighty (metaphorical) oak—or it could just return to the earth to nourish the soil in which future seedlings will grow. It all depends on the conditions surrounding it. Will there be enough sunlight? Will there be the right amount of moisture? Will it be buried too deep or at just the right level? The most important questions to ask are: Did I put it in the right place for all this to happen?— or even—Will I remember where I put it? Both beg the question—Have I saved it for good use in the future, or just left it all  to chance? So many questions, dependent on both hunger and memory—really the crux of this blog! 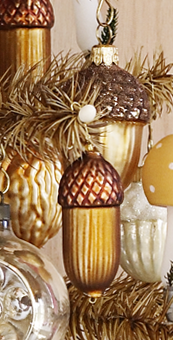 THIS  IS  the first part of a two-part post about acorns and mushrooms and the lessons we can learn from such seemingly disparate forms of life. The tree I've created celebrates the abundance autumn brings with mostly acorn and mushroom ornaments representing the grand cycle of things. I'm focusing on acorns (and thus the oak tree) in this post, mushrooms in the next.


ACCORDING  TO  Diana Wells in the aforementioned book, "the eighth century Benedictine Monk Boniface was sent by Pope Gregory II as a missionary to Germany, where he found an obstinate group of pagans worshipping an oak tree. Boniface ordered that the tree be cut down. While the worshippers were helplessly watching, a supernatural blast of wind arose, ripping off the top of the oak, which crashed down, splitting into four equal parts when it struck the ground. The pagans, satisfactorily for Boniface, interpreted these four parts as a sign of the crucifix, manifesting the power of Christianity. After the pagans were converted, the oak wood was used to build an oratory dedicated to St. Peter. Boniface himself was murdered, in 754 AD, by another group of potential converts. He was later sanctified."


BONIFACE  BECAME  the patron saint of Germany and one legend credits him with the invention of the Christmas tree. The Oak of Thor was the tree chopped down by Boniface in the stage-managed confrontation with the pagans. A fir tree growing from the roots of the Oak he claimed as a new symbol of Christian life. I prefer the much more romantic story behind Martin Luther's credit as the innovator behind the Christmas tree. No matter how or what you believe, the power and popularity of the decorated tree in our life rituals has an incontestable magical power over people from all walks of life. Maybe it's only because we're all drawn to shiny, sparkly things, but I believe it is much more than that. 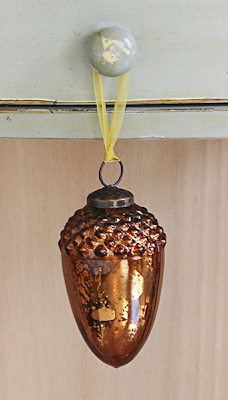 SYMBOLIC HARVEST | (Above) This All Season Tan Feather Tree is available at Bayberry Cove from Bethany Lowe Designs. It is decorated with acorns, mushroom, nuts and antique ornaments from my collection. At the base, the Victorian tradition of a picket fence surrounding the tree is a great way of finishing the display. The table holding it all is the Charlotte Bedside Table from Pottery Barn.

ACORN GATHERING | (Above right and at left) This acorn kugel hanging from the drawer pull makes a beautiful focal point at the base of this tableau. The elongated Czechoslovakian acorn ornament is from a favorite set purchased from the now defunct Martha by Mail catalog.

©2010 DARRYL MOLAND | ALL RIGHTS RESERVED, collecting and styling by Darryl Moland, photography by Harold Daniels Studio / assisted by Shawn May.