strike up the band 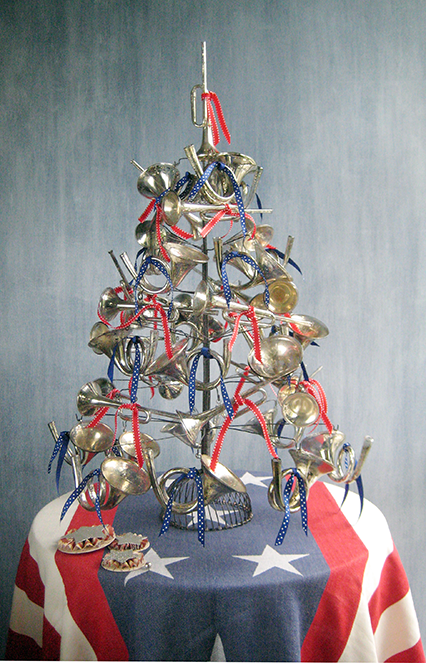 JULY FOURTH celebrations across the United States invariably involve a band. What parade would be complete without that unmistakeably loud brassy sound? More often than not, modern bands are patterned after a particular Drum and Bugle Corps style. If you weren't in a band at some point in your life, like I was in high school (playing trumpet), you might not realize that drum corps long history is steeped in military tradition. And that the modern creativity of the artform evolved into integrating music, a marching drill, and a color guard replete with various forms of dance and equipment. All this is staged on the large scale of a football field. It is one of the most creative group endeavors for young people, especially if they have a love for music and art. In fact a lot of corps members end up being music teachers, band directors, and even professional musicians. 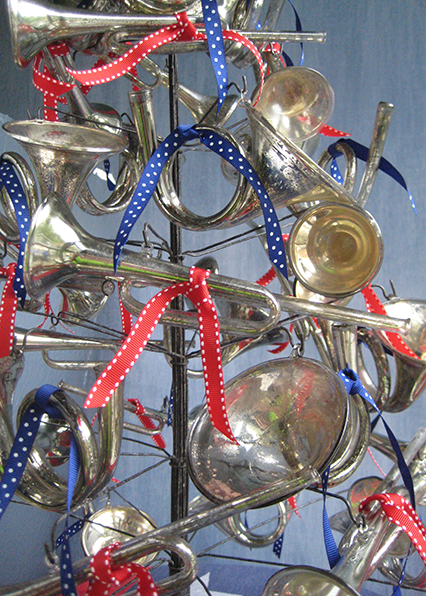 MY FIRST BAND director in high school in the late 1970's introduced our band to the exciting "modern corps style" by showing us a shaky Super Eight film of the Santa Clara Vanguard from California. The color guard's signature bottle dance to the music from Fiddler on the Roof was something we would incorporate in one of our shows. I remember the night at band camp when we all watched this film. The excitement rippled across the room. Here we were, a small high school band, delving into a new and more expressionistic way to present a marching show. It felt like we were starting something new—and we were. I think we all knew then that our lives would become more focused on being in the band after seeing this level of professionalism from our not-too-distant peers. To achieve the high standards that the corps set, we would have to practice hours every day after school—and we did. And to make the old "back in high school" joke—we honestly loved it. Except it was no joke. My fellow band members and I were about to see what could happen when we put our talent and minds to the challenge. 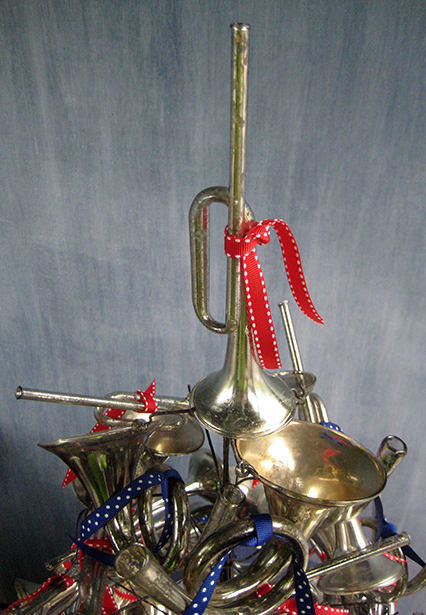 THE EXPERIENCE of being a part of such a band has served me well throughout life. It made me realize early on what could be accomplished when a like-minded group of people came together to create something so technically difficult. We reached a level of perfection where we could score well and win contests—quite a sense of acheivement for a bunch of high school kids. We traveled to contests and parades from Florida to Pennsylvania. All-the-while we were having amazing fun in perfecting a show that would entertain entire stadiums full of people. And the friends we made in the process were life-long—we can still get together and fondly recall those heady times. I just went to a band reunion last summer and we did just that. 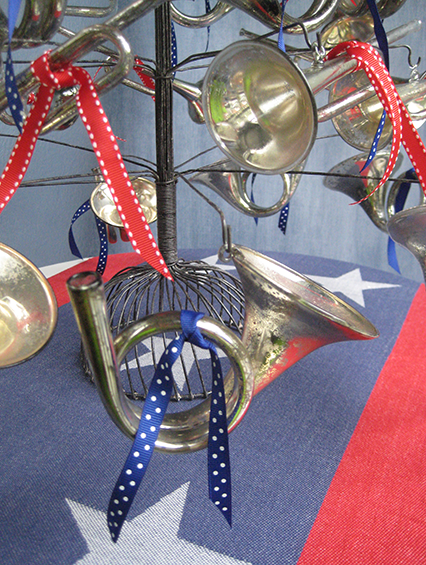 SOME OF MY friends in the band went on to be in a professional drum and bugle corps and travel their summer circuit. Drum and bugle corps were dedicated to achieving a higher standard of the artform. I always say that you have to experience a corps show in person to really appreciate it. There's nothing like hearing and seeing a technically difficult piece of music (a lot of times from classical composers) being played and marched well with a color guard interpreting the music with a certain visual flair. This was, of course, done along with an incredibly complex cadence provided by the drum line. With names steeped in tradition like the Cadets, Cavaliers, Madison Scouts, Blue Devils, Phantom Regiment, and such, "striking up the band" is taken to a whole new level. And it is a truly American form of music and performance that has caught on in other parts of the world. I plan to make it to the DCI Atlanta Southeastern Championship this year in Atlanta. 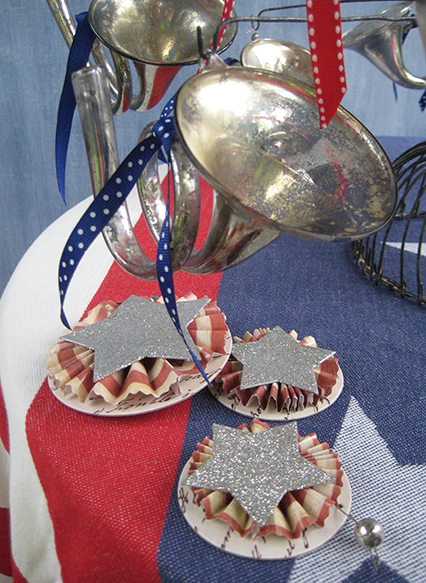 THE TRADITION of music in this country has been always been one that pushes boundaries. A lot of musical styles were invented here and continue to be a quintessential part of our expression and culture. I know that having been a part of the band gave me a certain edge-up on a lot of things. It was the first challenge I had in which the creative skills of many—with a lot of practice and dedication—could coalesce into—well, a band. Even so, we were all marching to a different drummer and playing our individual hearts out.

TOP BRASS | (Four photos from top) These mercury glass ornaments are from last season at Pottery Barn. Finding them on clearance after the season sparked the idea for using a large number of them for a July 4th tree as realized here. The wire tree is from my personal collection, the tablecloth is from a past season at Old Navy. The Cadets offer an audio download to get you in the patriotic spirit with their arrangement of "Strike Up the Band."

STARS FELL | (Above, bottom) One of the best memories from my years in the Hokes Bluff High School "Green Machine" was when were invited to be a part of the nation's Bicentennial parade in Philadelphia, PA. While in  staging for the main route on a back street in the city, the college band counterparts invited from Alabama (The Marching Southerners from Jacksonville State University) set up in concert formation and literally blew everyone away with their own arrangement of "Stars Fell on Alabama." I still get goose bumps thinking about that moment! These glittered star ornaments were purchased from Bayberry Cove and are by Dee Foust Collectibles for Bethany Lowe Designs.


AMERICAN COMPOSITION | (Above) This video snippet from a show performed by the 1987 DCI World Champion (Garfield) Cadets (from New Jersey). They fielded American composer Aaron Copeland's Appalachian Spring in a way I had never seen before. They had such a cool sophistication—I was awestruck—and I was lucky enough to see this show in person a few times. Put your earphones on to hear the wall of sound created by G bugles. Regretfully, only the first and second movements are shown in this video.

Make sure you link to the many hyperlinks throughout this post for fun corps-style music and other surprises. For more information about Drum Corps International, please visit their website and find a show this summer near you—the season ends mid-August with the DCI World Championships in Indianapolis, Indiana on August 13th. You can see the preliminaries live from Indiana in a movie theater if you can't be there, but I can't stress enough that this is a musical experience you must see in person if you can.